Virtual Museum on the Border

The exhibition State Border in the Goriška Region 1945-2004 was opened in 2005 and is housed in the oldest public building in Nova Gorica – the Railway Station, situated next to the border with Italy. This used to be the Gorizia North Train Station or the Sveta Gora Railway Station. The solemn opening of the new railway line connecting Vienna to Trieste took place in the summer of 1906 (on 19 July). The station, distinguished by rich Secession décor, was the largest and most beautiful one on Slovenian territory. The plans were designed by the Viennese architect Robert Seelig. When the borders were demarcated, the building remained in Yugoslavia. 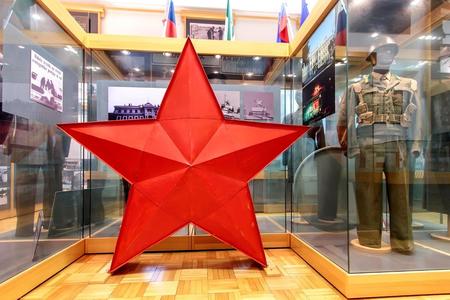 With the help of photographs, uniforms, flags, maps and documents, this documentary-style exhibition presents the fates of people in connection with the state border (and changes to the border) between the FPRY (Federal People's Republic of Yugoslavia), today the Republic of Slovenia, and the Republic of Italy in the area between Mount Sabotin and the town of Miren. The exhibition depicts the cultural shock people experienced when a new state border in the Goriška region changed the lives of people, and divided families and friends overnight.

The exhibition received the Valvasor honorary recognition award from the Museum Society of Slovenia.